As we’re nearing the end of 2021, we are also bidding farewell to our Senior Producer, Tony Crowley, as he begins his well-earned retirement.

We caught up with Tony to chat about his career and hopes for the industry. Darryl Anderson: It's not every day that you get to farewell someone from the workplace he worked with on and off, at least for 30 years, but that's the case here at Anvil Media. One of our producers, Tony Crowley, is going into that enviable state called retirement, and I'm joined by Tony now for a quick chat. A career retrospective.

Tony, how did you get into broadcast journalism in the first place?

Tony Crowley:  I wasn't too sure what I wanted to do when I finished up at school, but in the end, I had a real desire to get into radio. And it ended up with me taking on a position at radio 2VM in Moree, which was a little country station commercial country station. Then CBN8 in Orange and remained there for about four years. But also in the back of my mind was the fact that I'd been a great fan of ABC TV's a big country and countrywide and fancy the idea of one day maybe working with ABC and working on one of those programs, The journey wasn't direct, I had to take a couple of stepping stones, but got into the ABC rural department.

One day there was a phone call from Stewart McLennan, who was a former ABC countrywide or a big country producer. Reporter Stewart had left the ABC and he was embarking on an ABC-type TV program called Cross-Country. It was certainly a fantastic grounding because it was where I wanted to go. It was that rural television aspect that I didn't really get into with ABC. It was a great program and went on for a long time. I think you were probably there longer than me in the end. But yeah, I really enjoyed those years and it certainly was. It provided for a lot of good memories. And then, of course, you know, Darryl Anderson put together this, his team and his own company and Anvil Media began.

Darryl Anderson: It was a most fortuitous coming together of circumstances, I've got to say. And so here we are 11 years later. What I don't want to talk through is day by day, 11 years of working together at Anvil Media, but what are your thoughts on your time with us Anvil media as a business, but also the experience of working with with the clients that we've had to work with?

Tony Crowley:  Even though it is pretty diverse, there's still a pretty strong representation of clients who work in our primary industry, agriculture in particular or livestock production, so again, it's it allowed me to continue the same interests that I've had in my working career of doing agriculture or rural related stories and producing that sort of content. So yeah, and Anvil's a remarkable company. A nice group of dedicated people,, I think, who are really good at their craft, and that's always an enjoyment: to work with like-minded people in that way and to also produce really good content.

And then, fortunately for me, Anvil Media had sort of taken on a new client in the Grains Research and Development Corporation, and you had need of someone who had skills that I happened to have. And we hooked up again. And that's the reason why I spent 11 years with Anvil. And while I really can't say I'm sorry that I'm retiring because I do feel like it's time to put the feet up and do nothing for a spell, I must admit, you know, if there was any sort of job that I'd go back to, it would be an Anvil-type job.

Darryl Anderson: There are probably too many changes in the industry to mention, but how would you characterize the changes that have happened in the broadcast industry during your career?

Tony Crowley: Probably the technology. So we've seen drone cameras become just a part of the normal kit for every cameraman/camera operator these days, and that's made an incredible difference to telling a story when you can put a drone up and just get those views. Because in the old days you would have to pay thousands of dollars to put a helicopter up, now every camera operator has a drone. So it's just really changed the way we sort of look at doing stories. In effect, if you don't have a drone shot in the story you feel as though you haven't got the whole sort of visual gambit there. And of course, camera quality or 4K cameras, you know, have given you a lot of flexibility in how you do it and what you do.

Darryl Anderson: A lot of your career today has been in the agriculture sector. What's special about that, that makes it different?

Tony Crowley: There's just a different world when it comes to agricultural or rural reporting, it's you're dealing with people, I think, who are just generally speaking so genuine and the subject matter is always interesting. It's science-based and you're talking with people who love what they do. So it's quite easy to be swept along with their enthusiasm and being able to sort of show what's happening in their lives makes it pretty appealing. They become good stories to tell. Visually, from a television point of view, or just a visual content point of view, these days you've got a lot more to work with than, say, if you're just sitting in a boardroom, talking, interviewing a chairman of a company or whatever might be the case. So. It's a combination of, I guess, feeling a little bit of longing to be out in the bush without having to do the hard work, really. The reporting side is the easy side! 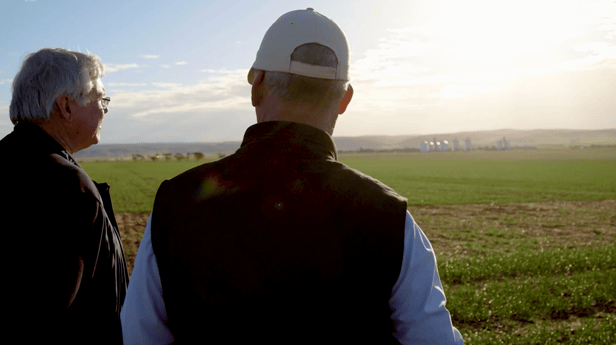 Darryl Anderson: I also like you love talking to farmers and about farming, and for those very reasons and also it matters when the stuff that we do, particularly about ag science, matters to the people that we're interviewing and to the people that we are reaching. How much of a factor is that for you?

Tony Crowley: The work that is happening out there, especially the R&D work, which Anvil's had a great association with rural R&D and both in the grains and livestock industries. And so seeing that work that's being carried out by some very smart people, both on the science side, but also on the agricultural side. Seeing them sort of pull it together and come up with these terrific solutions and just being able to do everything better, more efficiently. That's pretty inspiring stuff. So I really hope that this type of reporting that we've been doing over our careers certainly continues on for a long time yet.

Darryl Anderson: Well, let's say thanks for joining me in this in this long chat, and thanks for your camaraderie and friendship over so many years as a colleague. It'll continue, of course, after your retirement, but I really appreciate working with you, and I'm glad we had this chance to do this little retrospective. All the best.

Tony Crowley: Thanks, Darryl, and likewise, it's been a pleasure working with you, and thank you. 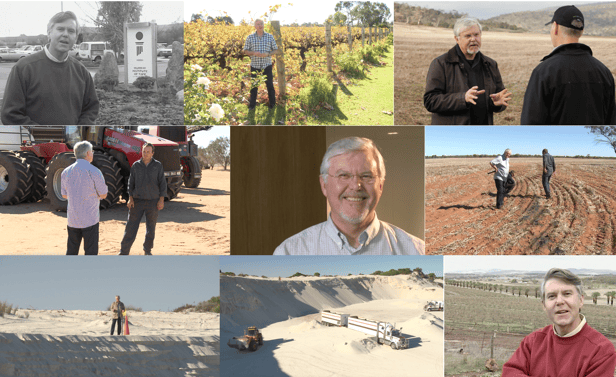 If you'd like to get to know the rest of our experienced team of video experts,
get in touch with us today.

One of Australia's most experienced business video professionals. Expert in 1970s Rock & Roll, lover of coffee and test cricket.